SO PUSH YOUR FACE INTO THE MIRROR UNTIL IT BREAKS is a novella-sized collection of five erotic-grotesques, inspired by several bad dreams and a few good ones, about bad girls and monstrous women in transition between who they were told they would be and who they wanted to be, in a hellscape where no body is sacred.

SO PUSH YOUR FACE INTO THE MIRROR UNTIL IT BREAKS comprises:

CALL IT FORGIVENESS, in which an unarmed traveler meets a stranger on the road less traveled;

FULL STOPS AND EXCLAMATION MARKS, in which Hannah and her girlfriend trade secrets and Hannah's girlfriend reveals a special trick for sucking Hannah off;

SQUALOR VICTORIA, in which a chance meeting in the woods proves there's always an empty space for interpretive truth between what's performed and what's remembered;

DEFINE ME WITH A KNIFE, in which five highschoolers find themselves in a strange land full of magical creatures, and the experience is empowering;

and WE'LL MEET AGAIN, in which a story about beginnings is told at the end. 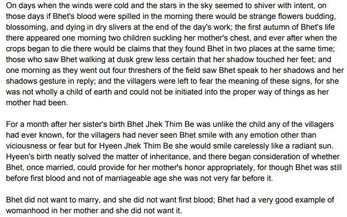 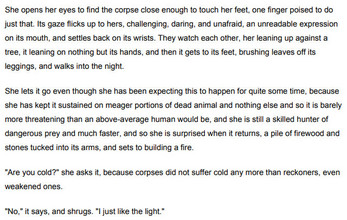